The karmic retribution for my recent exploration of whether willingness to kill bugs reflects “everyday sadism” is, apparently, a near-midnight discovery of the largest cockroach i have ever seen, running laps around my living room ceiling, and quite willing to remind me that, oh yeah, cockroaches can fly. As I texted my sister (note to self: potential blog entry on our instinct for human contact when afraid, and whether electronic devices facilitate that), I was torn between a deep aversion to killing things and the primal terror inspired when a massive cockroach flew at my head.

The only cockroach that is allowed in my house, and then only on the television screen. Image by Disney/Pixar, from Wall-E.

The original study only reported one item from the Short Sadistic Impulse Scale used in the bug-killing study (“Hurting people is exciting”), but I guessed that I would score quite low. I go out of my way to avoid hurting or killing bugs, after all. Spiders are carefully trapped under cups and released into the wild; a few months ago I spent several days hoping a small garter snake would vacate the unused floor vent in my living room* of its own free will, before transition into a hands-on (well, chopstick-and-plastic-bin-on) rescue operation when I realized it was stuck. Given the choice between killing bugs and cleaning a public restroom, I will leap for the rubber gloves and plunger. And if I can’t stand to kill bugs, I am certainly not going to get excited by the thought of hurting people.

But I am a scientist, so once the fear and stress of the cockroach had worn off, I had not know: just what is my sadistic impulse score, anyway? I set off in search of the full scale, so I could find out. And this turned out to be a serendipitous quest, because the first place I found the full scale was in the master’s thesis that first reported the “everyday sadism” research, in far more detail than a journal publication allows. This discovery was quite instructive, about the study itself and some of the changes made when preparing for publication; here are the lessons I have learned.

Lesson 1:  When you are presenting only one of ten statements as a “sample”, you can make the overall scale look more or less extreme than it actually is. “Hurting people is exciting” is certainly leaning toward sadism, and I did indeed give it a 1 (strongly disagree). But other items on the scale are less clear-cut. “Sometimes I get so angry I want to hurt people” seems like something most people should agree with, given the number of times I have overheard “It made me want to slap him/her” or some equivalent; the same may be true for “I have hurt people because I could”. And “People would enjoy hurting others if they gave it a go” could just as easily reflect cynicism about the human race as a personal belief that hurting others is enjoyable. As I read the full list of questions, I found my mental estimate of what an average score should be rising. Which leads us straight into….

Lesson 2: Accounting for social desirability effects is important. The problem with giving people a self-report survey is that even if you’re a stranger, and even if you promise it will be anonymous and no-one will know, most people will fudge the truth or even lie outright to go along with what’s expected or acceptable, not what’s true. Just consider how often people lie about washing their hands, and scale up to admitting you enjoy hurting people.

In the privacy of my own home – and with the personal bias of expecting to score low on sadistic tendencies – I scored a precise 2.0 out of 5, which is an average “slightly disagree” to every question. Not bad…until you consider that the average of those “everyday sadists” who opted for bug-killing chores in the lab was only a 1.75, and I am barely below the cutoff for what the researchers were (somewhat overly dramatically) calling “sadists”, which was a 2.18. If the researchers calculated that cutoff separately by gender, I would be right on the line (women’s average was a 1.5, with a standard deviation of .5). And this is despite the fact that I vehemently disagreed with four statements (“Hurting people would be exciting”, “I have hurt people for my own enjoyment”, “I would enjoy hurting someone physically, sexually, or emotionally”, and “I enjoy seeing people hurt”) and only slightly agreed with one (“Sometimes I get so angry I want to hurt people”). I had better hope that participants in the study were moving down a notch or two in their answers for fear of being judged, or my self-concept as a non-sadist would be at risk.

Lesson 3: You never know what interesting tidbits of information might have been left on the cutting room floor during the publication process. The studies included a measure of “right-wing authoritarianism“, not mentioned in the published article. In other words, there was some curiosity about whether an adherence to traditional values and belief in authorities (religious, personal, or otherwise) might link to either sadism or a willingness to exterminate. Although there was no correlation between sadism scores and authoritarianism, people who reported more right-wing authoritarian beliefs killed more bugs, and were less guilty about doing so. And when it came to predicting whether people opted for ice water or personally grinding up some bugs, right-wing authoritarianism was mathematically identical to sadism scores. It didn’t show up for choosing to clean toilets or just help with bug killing, so sadism was still a more compelling case, but there might be something to this authoritarianism that’s worth exploring, and no one reading the published version would know.

Lesson 4: There are more reasons than sadism for choosing to kill bugs. This was always a known limitation of the study, of course, and brought up in the comments on my original post. Looking at the full, original data gave a more complete picture, though. The published article reported only one question to control for a fear of bugs, “Are you afraid of bugs?”. In fact, there were four questions: “Are you currently afraid of bugs?”, “Have you ever had a fear of bugs?”, “Are you afraid of infestations?”, and “Have you ever lived somewhere with a bug infestation?”. At least one of those questions significantly predicted every job choice. In fact, being afraid of bugs was the biggest predictor for whether someone would choose an ice bath over killing bugs, all four questions were at least marginally significant when predicting whether someone would opt to clean toilets, and fear of infestations predicting opting to just help with bug cleaning instead of doing it yourself. There are nuances, variations and inconsistencies throughout, of course, so it’s a complex tangle to sort out.

The fundamental claim of the study – sadism predicts opting to kill bugs, even when these fears are included as controls – is the same, so again I see why it didn’t make the cut into the final paper. On the other hand, these findings could also have been used to help put the claims about sadism predicting bug killing in context. Sure, it predicts; but does it predict as much or as well as the fear of bugs?

In my case, either I really am on the higher end of everyday sadism, or fear of bugs will overwhelm a dislike of harming or killing other living things. One can only hope the spirit of the cockroach will take comfort in knowing that its sacrifice has contributed to a better understanding of human sadistic tendencies and bug-squishing behavior.

*Despite my father’s great efforts and ingenuity at sealing potential critter entrances for me, the living room appears to attract wildlife of all varieties. Perhaps those released spiders and snake have spread the word about the great accommodations and service. 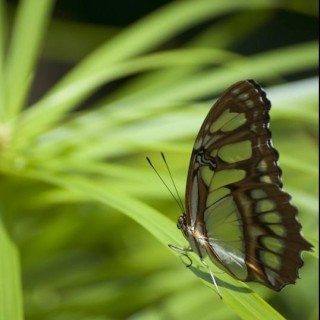